Explored by the Spanish in the early 1500s and settled by the English in 1670, Carolina was just beginning to grow as a colony when Lawson arrived in 1700. 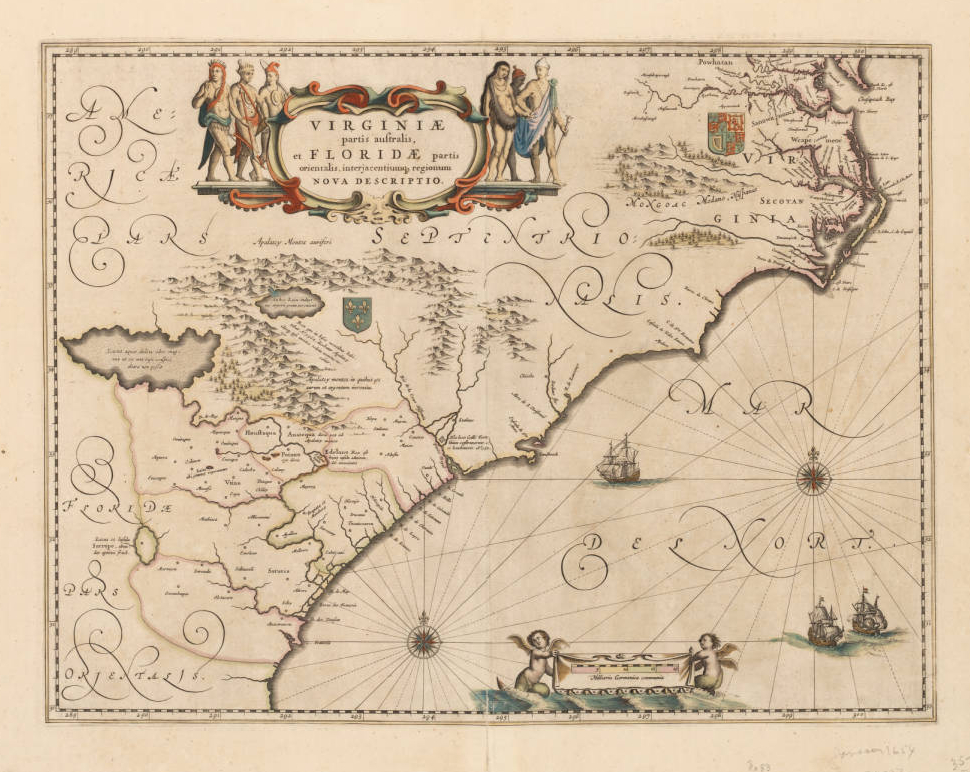 This map from around 1650 by Dutch mapmaker Jan Jansson shows what was then known about the province of Carolina: Not so much.
Proudly powered by Weebly